If you are a fan of the Marvel Cinematic Universe, or a fan of Spiderman, you probably want to get in on the discussion and debates going on all over the internet about the upcoming Spiderman: No Way Home movie. Read this article to know everything important so far about the movie – who is in it, who is expected to be in it, what the hype is about, and when you’ll finally be able to see it all on the big screen. 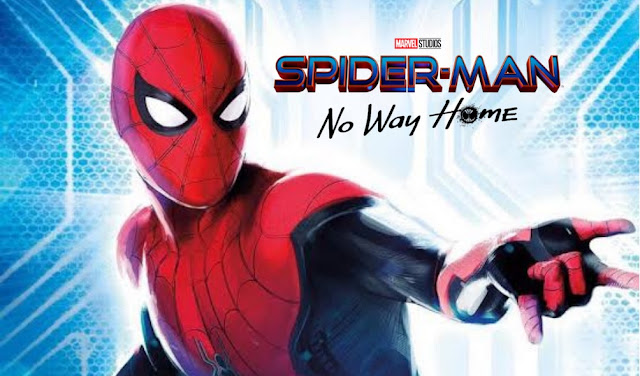 Marvel Cinematic Universe’s upcoming, and perhaps one of the most hyped, Spiderman movie already has set the internet abuzz with its first trailer out. The Jon Watts directed movie is set to be released in the United States on December 17, 2021, after being pushed back multiple times from its originally scheduled release date of July 16 due to the COVID-19 pandemic.

There is a little over one month to go till the release, and production conflicts seem to have delayed the release of the second trailer. There have been, however, confirmed and unconfirmed rumors, fan theories and immense speculation about the movie that makes critiques and online commentators optimistic that it will be a major box office success.

In the previous film in this franchise, a cliffhanger ending showed Spiderman’s identity as Peter Parker exposed to the public by Mysterio who also alleges Peter of murder. No Way Home is set to explore a complex multiverse, where Doctor Strange’s attempted spell to erase everyone’s memory of Peter’s identity as Spiderman does not play out as intended. There has been a lot of wondering online as to what exactly this will mean for the storyline and how the different Spidermans in each of the multiverses will collide, but most theories remain unconfirmed as Marvel continues to reveal very little detail ahead of time. Even some of the cast members are yet to be officially confirmed, although IMDB has an available list of case members on its website.

The arguably most exciting cast reveal has been that of Alfred Molina, who confirmed his role as Otto Octavius following the release of the first trailer. In supposedly leaked photos of the set, multiple Spiderman suits, rumored to be worn by Andrew Garfield, Maguire and Tom Holland in the film have been widely circulated.

One of the most important topics of debate that has been ongoing surrounding the movie is the villain lineup, most of which is still unconfirmed. As such, there are no authentic accounts of exactly how many villains will be seen in No Way Home. Speculations point to the likelihood of seeing all members of the Sinister Six on screen. The appearance of this group of supervillains from the Spiderman Comic books could indeed change the way Marvel’s movies typically feature one or two key villains, but the case lineup remains unconfirmed.

The most prominent cast confirmation after Tom Holland remains Doctor Octopus. Fans further expect that Willen Dafoe may return as Green Goblin from Sam Raimi’s Spiderman trilogy, alongside Jamie Foxx as the newer Electro from The Amazing Spiderman 2, Thomas Haden Church as Sandman from Spiderman 3, Rhys Ifans from The Amazing Spiderman, and Toby Maguire and Andrew Garfield. Garfield has, however, been strongly rejecting any claims of his involvement with the movie. The character of Rhino is also expected to return in the latest movie.

That the Green Goblin will likely return is a more concrete expectation, given that the character’s pumpkin bombs were seen in the first released trailer for No Way Home and Green Goblin outfits were further seen in leaked photos online of the set.

If the Sinister Six are indeed seen in the multiverse in No Way Home, this will be a major pivot point for two reasons. Firstly, this will be the first time that Spiderman is shown fighting off multiple villains, possibly simultaneously in the movie. Secondly, this may provide a chance for Sony to finally add some significance to the ending of The Amazing Spiderman 2, which did not perform well and saw Spiderman being rebooted as part of the Marvel Cinematic Universe.

Part 4: The Possible Appearance of Venom

Based entirely off fan theories and a particularly well-made fan trailer, Venom, also known as Eddie Brock, is a much-anticipated character for No Way Home.

To quickly recap, Venom has always been stronger and bigger than Spiderman, and sees Spiderman as his nemesis based on the belief that Spiderman is responsible for all back luck in Venom’s life. Brock once wrote a series of articles that were meant to be an exposé of a murderer, but Spiderman soon unveiled the actual murderer to the world which proved Brock’s story incorrect in identifying the actual criminal. Since then, Brock’s career too a dive, he was fired from his job, his wife left him, and he became a laughingstock among fellow journalists. Brock was later mentally and physically attached to an alien symbiote who had previously sacrificed itself to protect Spiderman, but who needed a host for its own survival. The shape-shifting symbiote became a costume for Brock, giving him powers similar to Spiderman and then sone.

Part of Venom is driven by hatred for Spiderman, while the other part simply wants to re-bond with Spiderman. This creates an interesting love-hate dynamic between Spiderman and Venom. Although there have been no confirmations of the character appearing in the movie, his history with Spiderman would make for a riveting watch to say the least.

The exact cost of making the No Way Home is not yet known, and box office numbers will not be out till December 2021. Previous Spiderman movies such as Spiderman: Homecoming in 2017 and Spiderman: Far From Home in 2019 had budgets of $175 million and $160 million respectively. Homecoming made a modest $880 million worldwide, but Far From Home made much more at $1.13 billion globally.

Based on these previous figures and the unprecedented hype surrounding Spiderman: No Way Home, there is almost no doubt that the film will gross revenues far outstripping its budget, even if it takes more than $200 million to make. Barring some concerns surrounding the pandemic and theatre going crowd sizes not being as large as expected, there is no reason why No Way Home shouldn’t outperform both these previous movies in global revenue.

This article was intended to give readers a one-read brief on everything there is to know so far about the upcoming Spiderman: No Way Home. We hope that going through the piece has given you some quick insight into the movie’s key details, including cast updates and fan theories. We’ll keep an eye out for more updates as they come, and continue analyzing our finds until the movie is finally on screens in December. 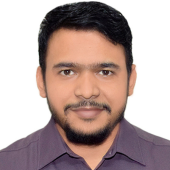