Black Panther, the eighteenth marvel series movie is already in the theaters and the fans are extremely excited about it. Black Panther movie review was quite interesting and here’s our view of how we feel about the movie. With the unconventional cast, the unique storyline of African tribes, and the breathtaking visual effects, the movie successfully portrayed these aspects. Black Panther made $350 million dollars in its first weekend at the box office. However, we found mixed reactions from the viewers. Some were emotionally moved by the script whereas others felt confused about not being able to connect with the movie. 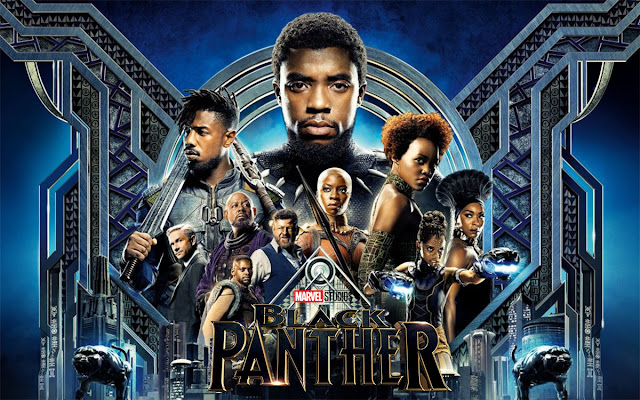 Justice with the story

An Afro-futuristic fiction is something outside of cliched stories and the storyline does absolute justice to it. The movie is actually a great amalgamation of sci-fi, fantasy, and African history and culture. Black Panther is something unique for the viewers in terms of superhero fandom. The movie’s background is of five American tribe’s war over a meteoric named ‘vibranium’. The initial story is how the first Black Panther was born by being affected by a heart-shaped herb. T’Chaka dies and his son, T’Chala returns to the nation Wakanda and takes his position as the king. 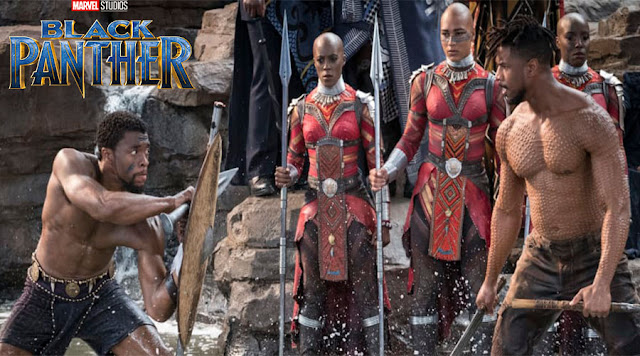 Wakanda is a nation with advanced technology and becoming a king there comes with a huge responsibility. The movie portrays the hardship of Black Panther and his journey of forming allies and defeating enemies.  How the superhero faces conflicts, dangers, and whether he could save his nation and its people is what the entire movie is about. The story has been beautifully portrayed from the plot building to the climax and finally to the end.

Related Post: How much did Michael B Jordan get paid for Black Panther

Mention-worthy moments from the movie

Throughout the movie, you will find few special moments that have been portrayed beautifully. The effort given to each scene is surely understood when one comes across these moments. Black Panther’s positive movie reviews have been basically based on these unique and well-thought-out moments. The first wow moment of the movie would be the scene where we see Wakanda nation for the first time. The sound effect and visual representation were absolutely marvelous. The next mention-worthy moment would be the challenge day ceremony which shows the preparation of T’Chala’s coronation. However, the best scene of the movie would be when the villain ‘Killmonger’ walks to the throne. Great camera angle with intense music made the scene extremely impactful. 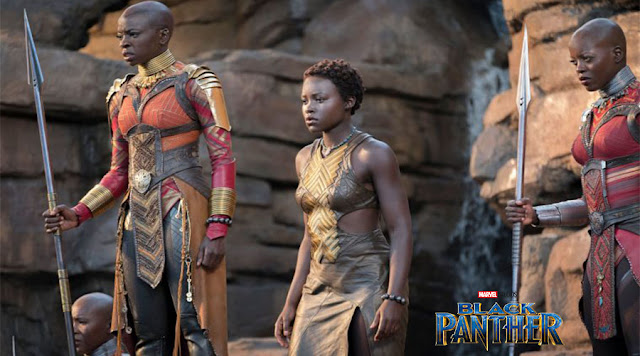 When it comes to good movies with different storylines, we are always excited about the casting. The diversity portrayed in the movie intrigues the viewers on how they will pull off such an impactful script. Marvel kept the suspense about the characters and who will play them on-screen and the wait has finally paid off. Black Panther movie reviews were the best compared to the other 17 marvel movies and the casting crew played a vital role in it. The director Ryan Coogler experimented a bit and came up with something fresh for the audience.

The lead role was played by Chadwick Boseman as the Black Panther and he brought depth and power to his character. Although it was expected from the lead role, the character that pleasantly surprised us was Shuri played by Letitia Wright. Her performance in the scene where she talks about her invention was phenomenal. Representation of a teenage black girl as the tech-guru is something we rarely find on-screen.

Related Post: How much did Chadwick Boseman get paid for Black Panther

Beyond the movie plot

Good acting with a good script is a prerequisite for a blockbuster movie. But to get critical acclamation and the right impact on screen, the sound and visual effects play the most important role. There is a reason why Black Panther movie reviews were so fantastic. It’s because of the fine details of the movie. Firstly, the cinematographer is Rachel Morrison and she made sure to perform her best and break the existing stereotype. The action scenes were very clear since they used a wide-angle approach. For the action movie lovers, this was an absolute treat to the eyes. Other than Black Panther’s movie reviews being positive, the sound reviews were even better. Composer Ludwig Goransson with Skywalker sound design played with the tunes and came up with amazing sound impact. ‘Talking drum’ a West African instrument was used to bring more detail to T’Chala’s character.

The African American superhero and villain

The movie was all about breaking stereotypes making the audience awestruck. Representation of historical black experience on-screen was something noteworthy from the movie. The movie brought a revolutionary approach to bringing Black superheroes and role models for kids. In the nineties, efforts were made to bring Black superheroes into the limelight with movies such as Blankman, Meteorman, and many more. However, none of the characters had such a huge impact on the audience as much as the ‘Black Panther’. The movie was not only successful in casting a great hero; it was successful in portraying an emotionally resilient and tragic villain. Michael B. Jordan’s performance stood out as ‘Killmonger’ despite having other powerful characters in the movie.

Reaction from the critic and fans

Black Panther movie reviews were quite good. It got 7.9 on IMDb rating and a 97% on rotten tomatoes. The fans claimed that they could watch the movie twice in a row. Twitter was flooded with appreciation from the fans including famous personalities like Michelle Obama.  The critic praised the VFX, depth in characters, and action sequences. The diversity in terms of not only racial factors but also women and LGBTQ representation was highly appreciated. Although, there is another school of thought regarding the diversity portrayed in the movie. There have been controversies about exaggerating in some cases and compromising with the film standards. Some audiences felt awkward and confused as they couldn’t find the movie as intriguing as the media portrayed it. 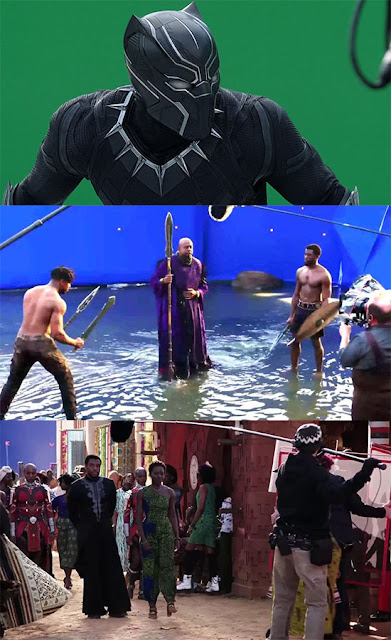 The movie is definitely worth your time and money. A fiction movie with action, drama, and adventure is a rare combination to find. Somehow the movie managed to have all of it along with the depth of character and finer details of the plot. Black Panther movie reviews deserve to be positive due to efforts put behind in the background work. The actors, writers, directors, cinematographers, composer, and the entire team should take a bow for giving the audience such a worthwhile experience. For the storyline, the wonderful representation, and the impactful visuals and sound effects, Films Family would rate Black Panther 4.5 out of 5.